The decks, fore and aft, on their 1921-built, wood tug, the Viking King, were leaking so Dorothy and Ken Mackenzie gave Bo Spiller of Commodore’s Boats a call. Initially there to assess caulking up the deck seams, Bo quickly discovered that the fir planking and deck beams beneath were so deteriorated from dry-rot that a basic re-caulking was out of the question. Eventually it was discovered that the stern structure had been falling over the years, such that the sheer there had dropped about six inches. 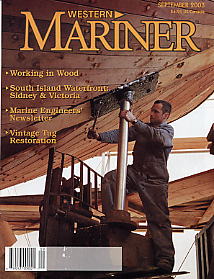 So a stern rebuild was agreed upon and commenced. But when Bo and his crew attempted to find sound structure further forward to splice the new construction into, there was none there. Not only that, freshwater had been steadily seeping in through the decks around the perimeter of the deckhouse and that, combined with the lack of steel support under the side decks, had wreaked rotten havoc causing the house to sink several inches, port and starboard. “Get the rot out!” was the direction from the Mackenzies. “Keep going: you can’t stop now!” So the crew did – right up to the stem.

In a nutshell, and as the photos following illustrate, the Viking King’s structural framework was renewed stern to stem, including: stem, horn and ring timbers; decks, deckbeams, coamings and hatches; shear clamps, new frames in the stern and sistered frames forward of the aft engine room bulkhead; bulwarks and cap rails; three-quarters of the hull planking. Poplar Island Marine was subcontracted to jack the house up five inches port side, three starboard, and install a supporting, steel frame bulkhead which bears on the hull frames midships, under the Caterpillar engine.

To their immense credit, the Mackenzies wished the restoration to be authentic to the Viking King’s original 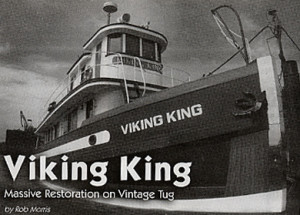 structure and appearance. That’s invariably a recipe for more wood, more time, more money. But the Spillers used the best wood for the job (yellow cedar instead of fir for the structure timbers) and believe in the modern materials such as the Thiokol-based bedding compounds. “You’ll never keep these old rigs tight,” say Alec Spiller, Bo’s dad and lifelong boatbuilder in proven, West Coast construction materials and methods. “So keep the freshwater out with good bedding compounds and use the cedars for their rot-resistance”.

Ten thousand hours and 80,000 board feet later, the Viking King is restored to a condition that will easily see her past her first century mark on the B.C. coast and primed to take on many more years to come. As Bo Spiller commented, “It’d be a hell of a time pulling her apart now!” 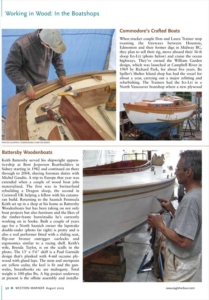 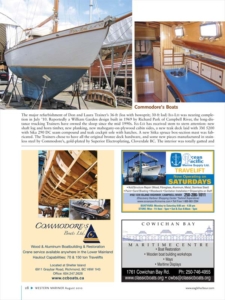 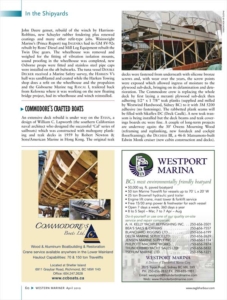 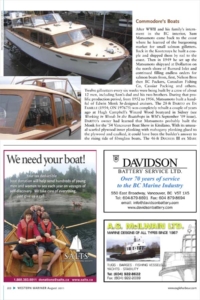 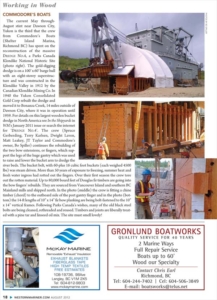 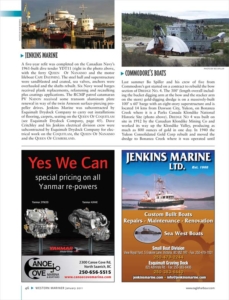