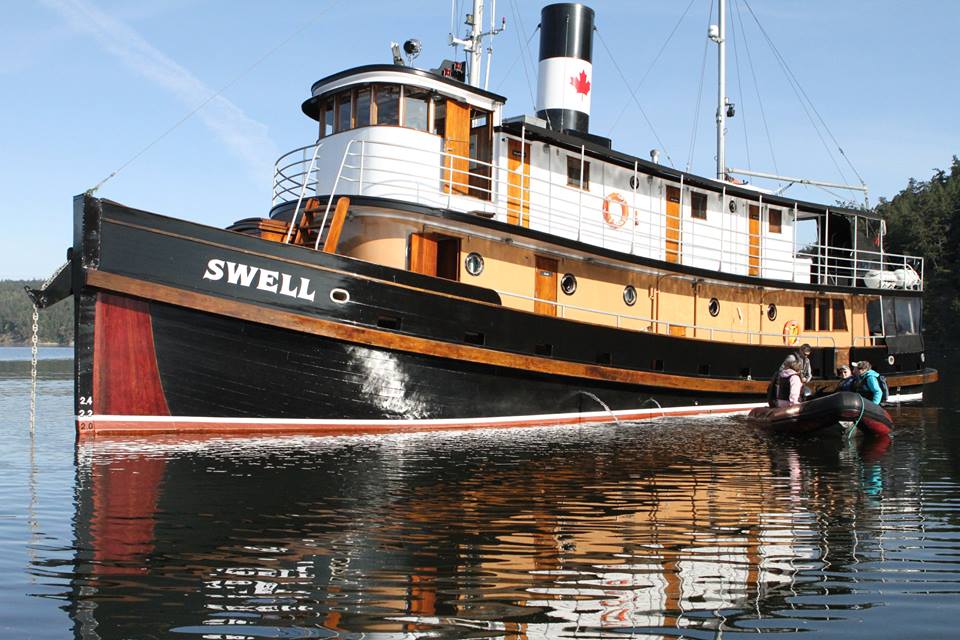 The following work has been done to convert this 1912 built tug into a sports fishing passenger vessel:

Swell is a beautiful, classic, converted tugboat. She accommodates up to 12 guests in 6 private cabins (in some areas the legislated maximum is 10 guests), all with full ensuite heads (bathrooms with showers), and a crew of 5.

Swell, one of the most well-known tugboats on the BC coast, was built in Vancouver in 1912 and immediately went into service for the Victoria Tug and Barge Company. Through her rebuilds, she has maintained the sweeping lines that make her a favourite along the coast.

History of the Tugboat Swell

The Swell is one of British Columbia’s most historic ships. Her classic tugboat frame has pulled the materials that created some of BC’s major ports, and been featured in a national television drama.

Here is a brief history of the Swell.

Swell was built in Vancouver, BC, by Arthur Moscrop, in 1912.

1912 was a booming year for the economy of the new Canadian settlements on the coast. Victoria, the oldest city, had been around in one form or another since the 1840s, and Vancouver since more recently. (Before that, the site of Victoria was used for millenia by Coast Salish communities.) While Victoria had once been the only centre of commerce, once Vancouver was established it swiftly gained on, and then overtook, Victoria. Still, in 1912, buildings were going up at a huge pace in the city of Victoria, a boom that lasted until the outbreak of World War I 2 years later.

Swell was purpose built for the Victoria Tug Company, incorporated by George McGregor and Capt. Dan McPherson in August 1912. The Swell was their new, coal-fired steam tug. She was launched with an 18 horsepower steam engine. She complimented the two tugs that Victoria Tug Company already had — the Sadie (b. 1982) and the Spray (b. 1907).

Of the company’s eight tugboats, the Swell is the only one still working.

[Incidentally, steam power became popular in the 1800s as a reliable way to move ships that formerly were dependent on the wind for propulsion.]

She’s had a varied history in more than a century on the BC coast, and has touched the lives of hundreds of people. A mere mention of her in a local newspaper generates emails and phone calls from people who worked on her or whose family members worked on her. It’s one of the most rewarding aspects of owning a historic vessel.

Her tow-loads have included the full variety of things that get moved by water — and on a coastline with few roads and thousands of islands, eventually almost everything gets moved by water: coal, wood, metal, machinery, acid… the list goes on. Some notable loads include towing a scow-load of steel from Seattle, WA all the way up to Prince Rupert, BC in 1928 (a busy port near the Alaska border) for the shipyard there. She was in and out of Klemtu, on BC’s central coast, as well during those years.

In 1954, Swell’s power was converted to a 400 horsepower diesel engine.

During this period of her life, Swell spent much time on the south coast of British Columbia, particularly in the southern Gulf Islands and Vancouver Island area.

During this time, Swell starred in an episode of the CBC’s popular primetime show The Beachcombers. The episode, airing in October 1974, was called The Swell! In it, Jesse decides to run off and join the crew of The Swell.

In a wonderful serendipity, three weeks after we learned of the Beachcombers episode, and about 1 hour after Maple Leaf Adventures’ maiden voyage on the Swell, former owner Paul Stenner found the ship and Kevin Smith on the dock at Van Isle Marina in Sidney, BC. Paul handed Kevin a copy of the Beachcombers show, which we have now on board, and brought us a painting of Swell that artist Robert Genn made. This painting now hangs proudly in her wheelhouse.

2004 to present: Swell Is Reborn As a Passenger Vessel

The refit was lovingly done by her then-owner Big Time Sport Fishing, and the coastal tradespeople and shipwrights who worked on her. The shipwrights, Spiller Boats, are also coincidentally the shipwrights who do work for our other ship the SV Maple Leaf.

In 2014-5, Maple Leaf Adventures augmented that refit with a small refit to make her a greener, more energy efficient ship, as well as to improve the interior space design, alter some cabins, and give her decor an update.

Her maiden voyage as a boutique expedition ship was April 16-20, 2015 in the Gulf Islands National Park Reserve / Salish Sea area of southern BC.

The voyage began with a blessing ceremony in which three honorary godmothers (Penelakut elder Florence James, conservationist Vicky Husband, and shareholder and teacher Diane Hackett) blessed the ship, and Maple Leaf Adventures president Kevin Smith, under the direction of elder Florence James, struck the ship four times with a cedar bough and then Capt. Alex Ruur fastened it to the ship’s bow. This cedar bough continues to travel with her until it falls off. As of June 18 in Haida Gwaii, the bough was still attached. 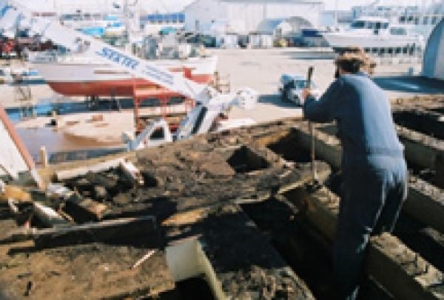 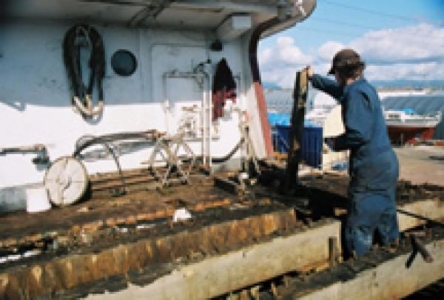 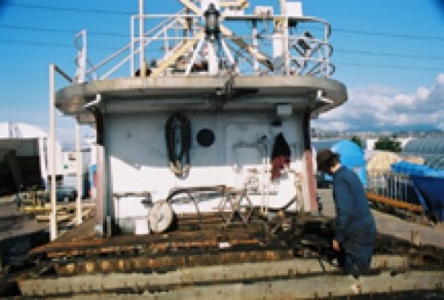 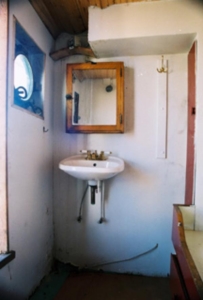 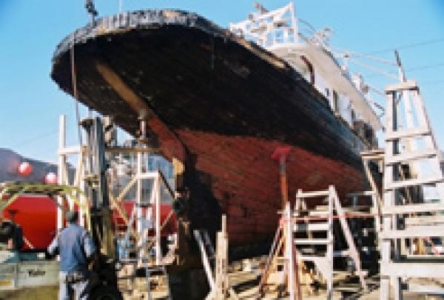 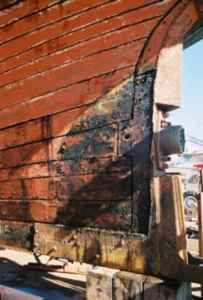 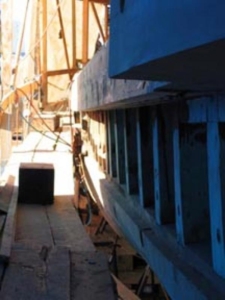 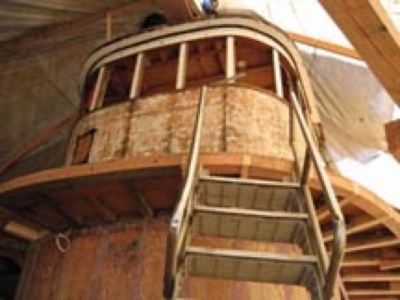 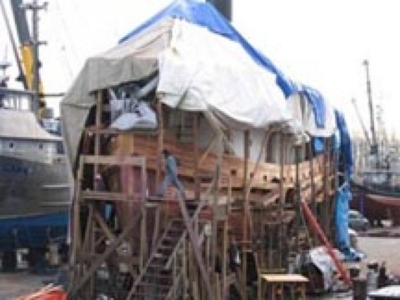 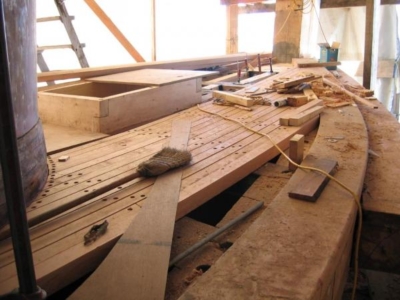 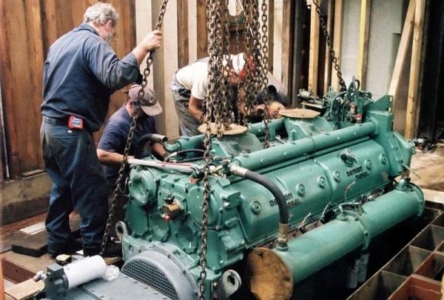 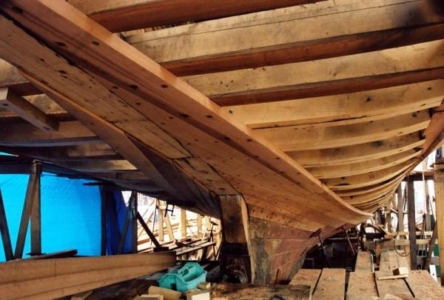 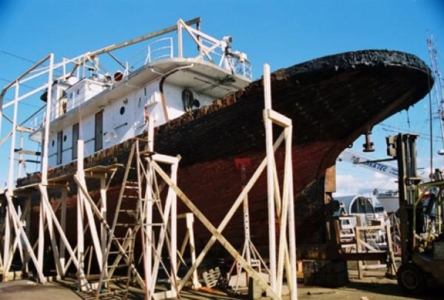 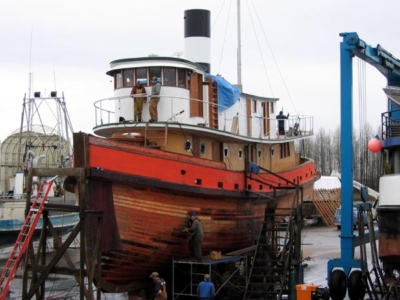 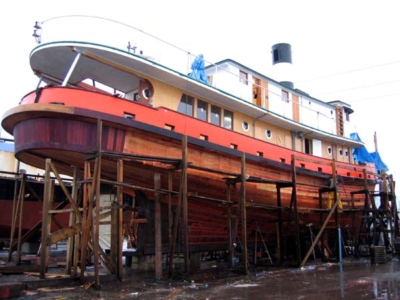 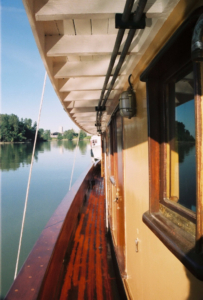 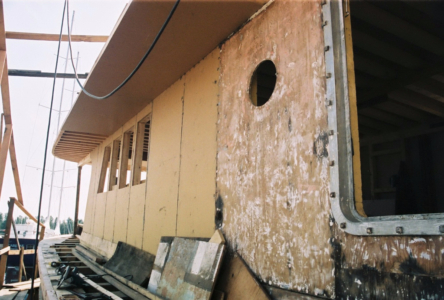 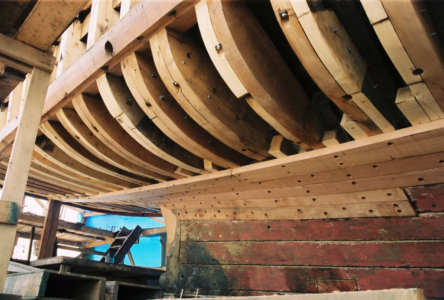 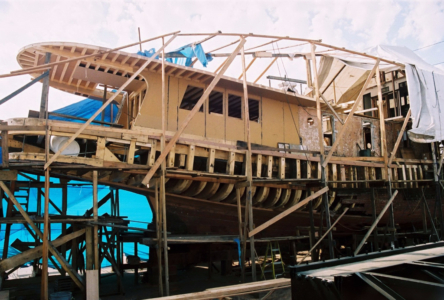 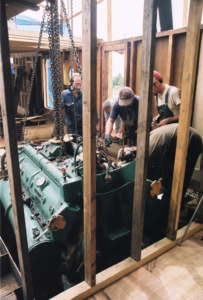 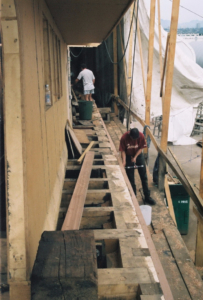 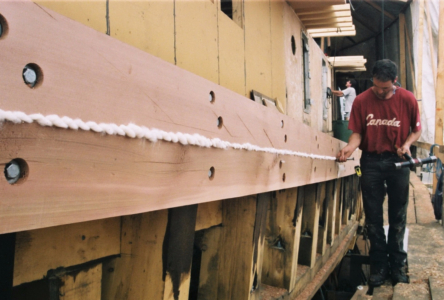 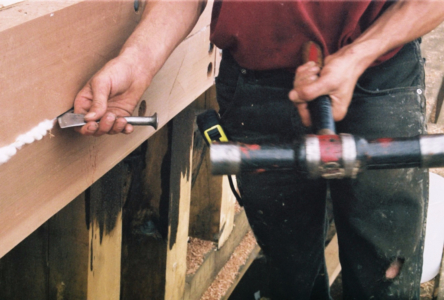 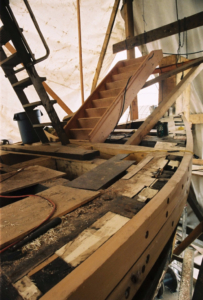 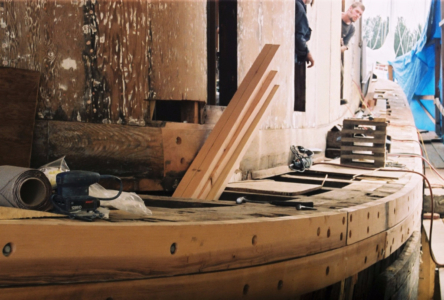 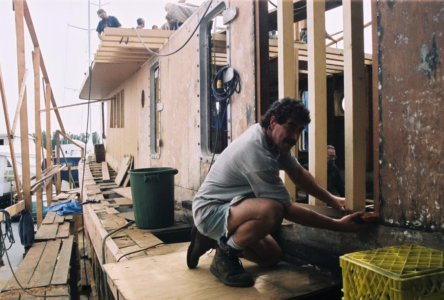 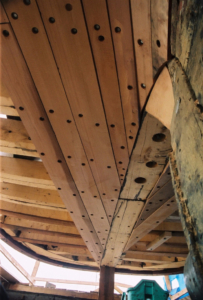 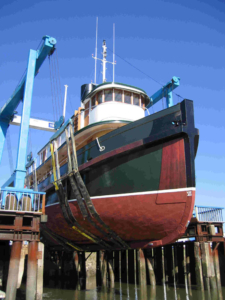 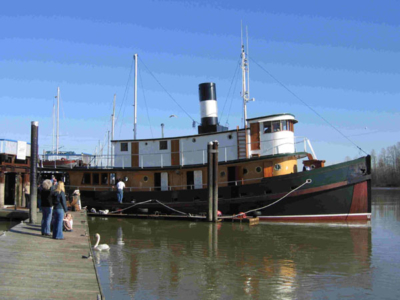 One thought on “The Tugboat Swell”