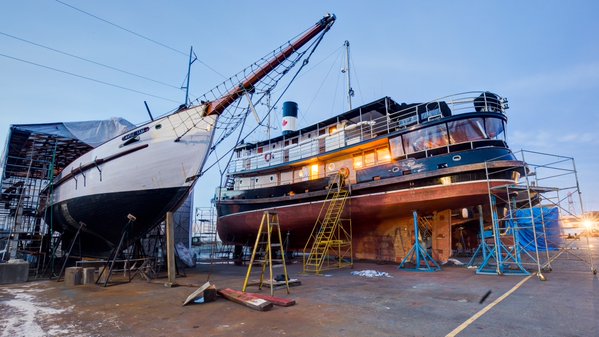 Maple Leaf is a classic, 92-foot schooner. Commodore’s Boats has been working closely with Maple Leaf Adventures to ensure that this classic is maintained and restored. Currently the Maple Leaf is in for a stern replacement and restoration.

Maple Leaf is a classic, 92-foot schooner (BC’s historic tall ship) was built in 1904 in Vancouver Shipyard at Coal Harbour. She was designed and built by William Watts, a well-known Canadian shipbuilder and designer.
Completely restored from 1980-1986 to new condition,Maple Leaf is fully inspected and certified by the Canadian Coast Guard as a passenger vessel, and is manned by a certified, competent crew. She is fully-equipped with the latest safety and navigation equipment including radar, G.P.S., E.P.I.R.B., radio-telephone and satellite communications.

Like any well-engineered, one-of-a-kind, hand-crafted ship, Maple Leaf is a work of art. She is made of coastal Douglas fir and cedar, with mahogany brightwork. Her curved deck planks, mahogany and glass butterfly hatches, fir beams, mahogany cabinetry and the sweep of her long cap rail are a pleasure to look at.

Maple Leaf has 5 huge sails: a jib, a staysail, a foresail (gaff-rigged), a mainsail (half the size of a basketball court!), and a square fisherman sail (a schooner’s equivalent of a spinnaker).

A Brief History of Maple Leaf

The Coast’s Most Expensive Yacht

Maple Leaf (BC’s historic tall ship) was built in 1904 in Vancouver Shipyard at Coal Harbour. She was designed and built by William Watts, a well-known Canadian shipbuilder and designer.

Billed as the most expensive pleasure craft on the Pacific Coast, she was a private yacht for prominent businessman Alexander Maclaren and wore sail # 1 for the Royal Vancouver Yacht Club.

She was the first ship north of San Francisco to have electric lights and carried her crew and society guests into the Gulf Islands and the fjords of the B.C. coast.

During the First World War, her lead keel and brass were stripped for the war effort. She was then converted to a halibut fishing vessel.

Re-named Constance B and later Parma, she fished for the next two decades for some of the province’s famous early fishing companies including Gosse and Millerd and Canadian Fishing Company.

She was purchased by Harold Helland in 1938, and in 1943, when building new ships was prohibited due to the Second World War, Harold completely rebuilt Maple Leaf (at CN Dry-dock in Prince Rupert).

Harold, Maple Leaf and a loyal crew fished halibut in the dangerous Bering Sea until the mid-1970s.

They repeatedly outfished other, newer vessels in the fleet. Harold maintained his ship in bristol condition, washing the decks with salt water each day and caring for her as if she were still a private luxury yacht.

He reportedly threw off the ship all people who were not sufficiently respectful of her – including a mechanic flown in from Vancouver, B.C.

In 1978, after Harold’s retirement, the Canadian Government purchased Maple Leaf as part of the halibut license buy-back program.

They spent 6-½ years restoring and converting Maple Leaf back to a sailing ship.

From 1986 to August 2001, Brian and partner Erin Nyhan operated Maple Leaf Adventures, a company that offers Natural History and First Nations cultural trips in the remotest areas of the BC and Alaska coasts.

They also operated the Tall Ship Program for the Royal Canadian Sea Cadets on the west coast, training over 3000 cadets from across Canada, teaching seamanship and life-skills. 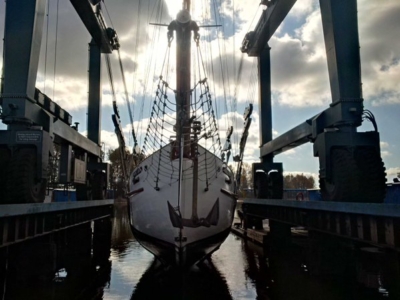 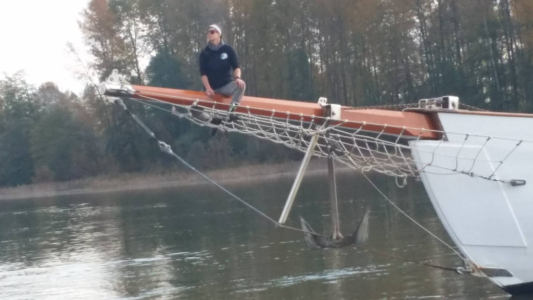 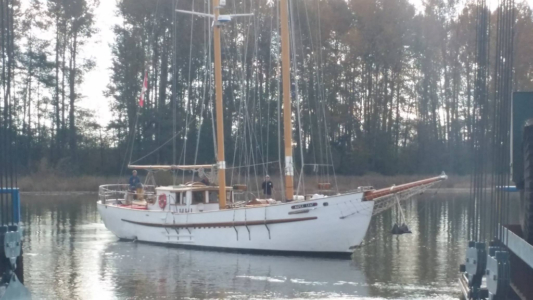 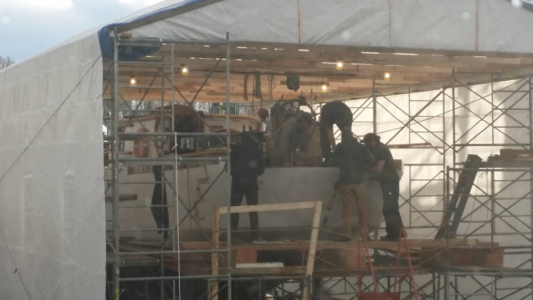 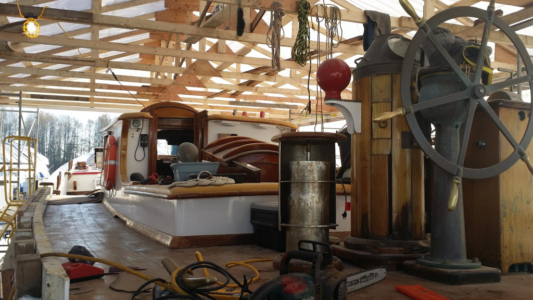 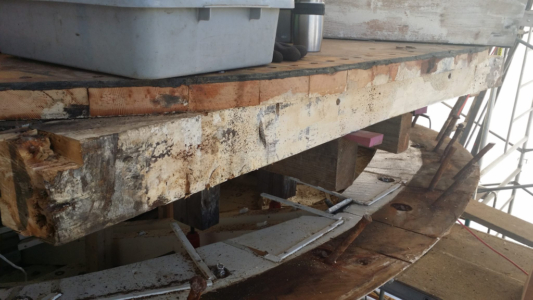 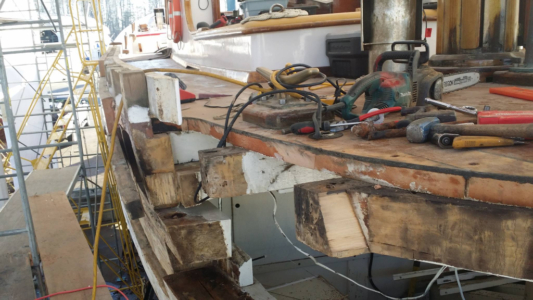 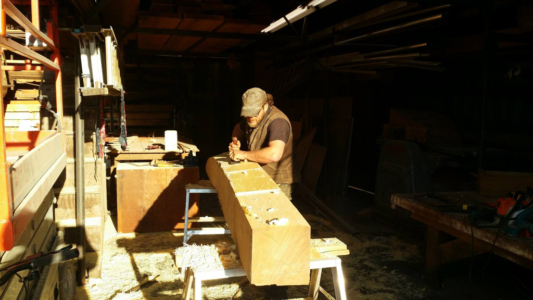 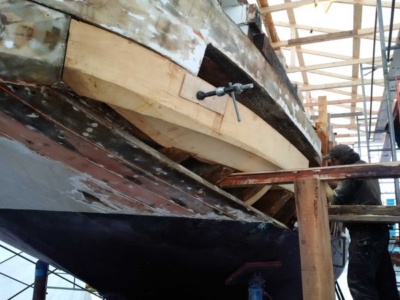 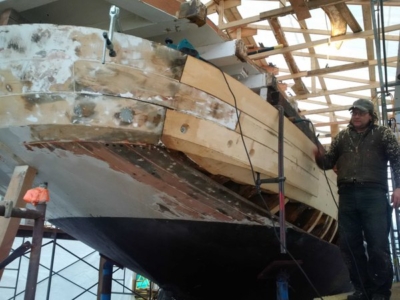 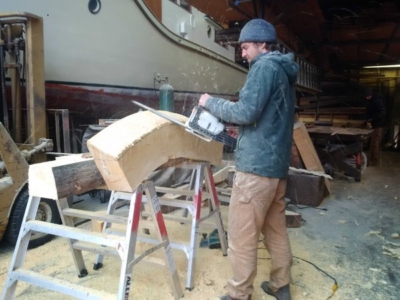 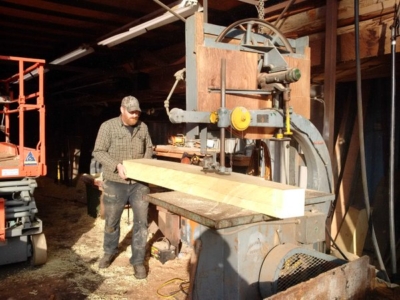 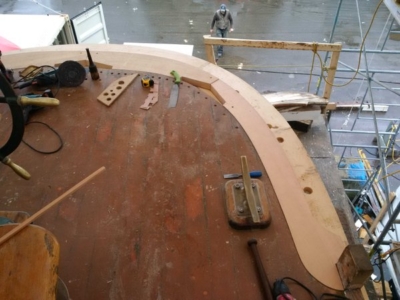 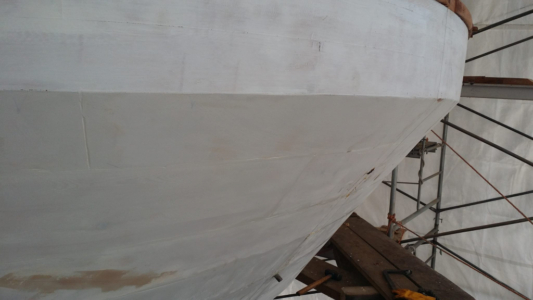 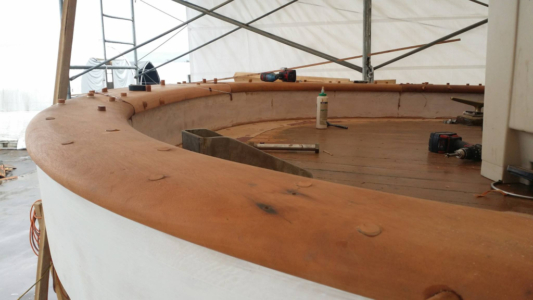 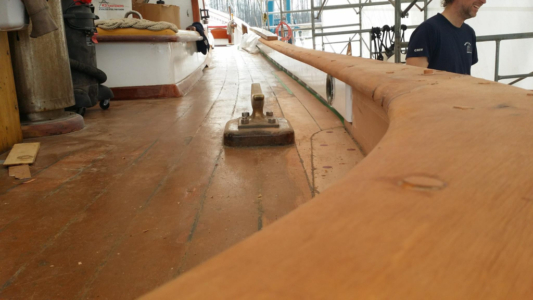 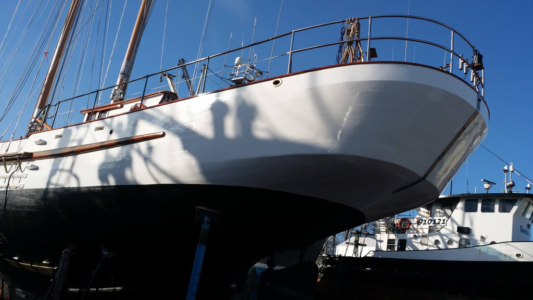 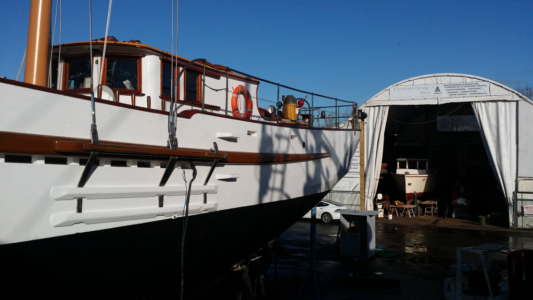 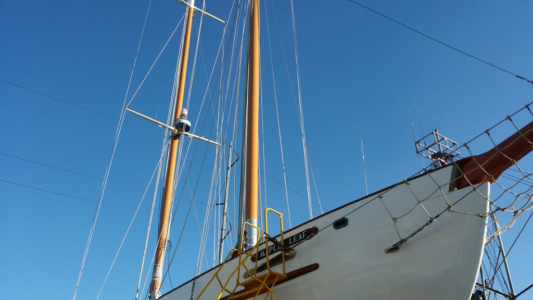 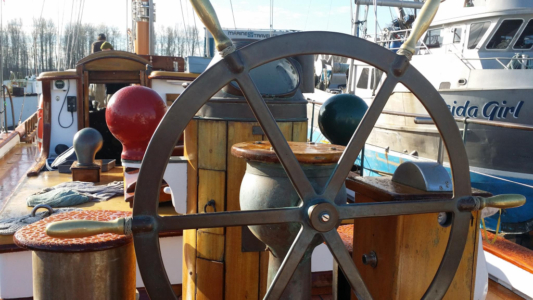 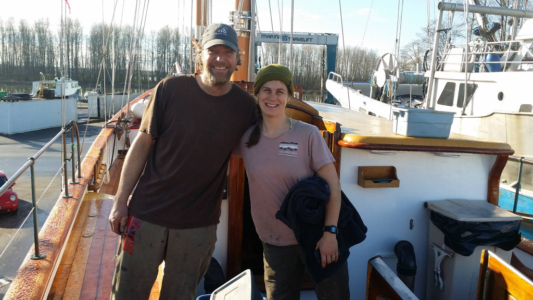 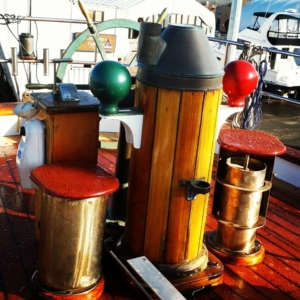 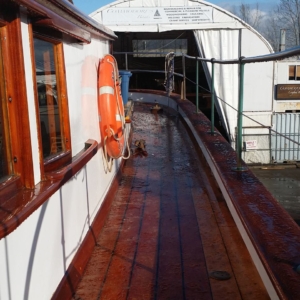 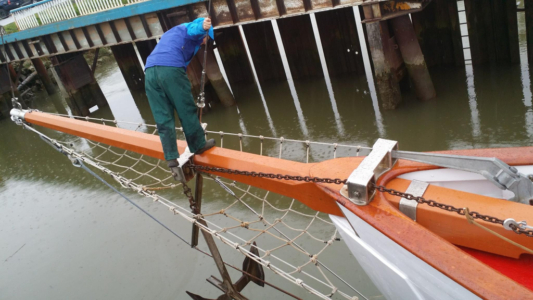 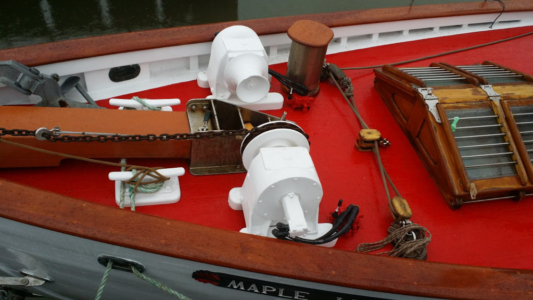 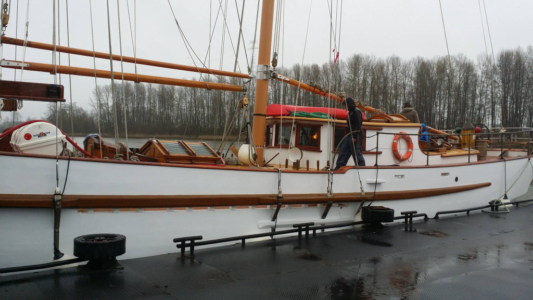 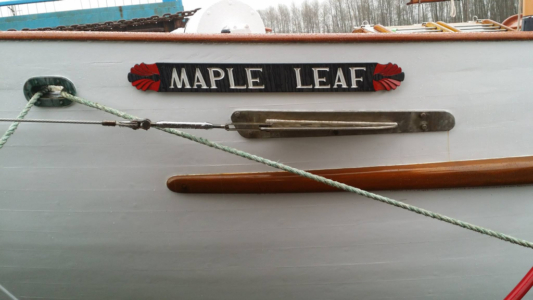 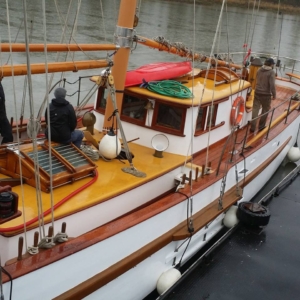 One thought on “The Schooner Maple Leaf”